FIVE BODY LANGUAGE TIPS IN THE WORLD OF ZOOM

So like a good actor in a bad science fiction movie, here we all are, thrust into scenes we never expected to experience, and turned into characters we never thought we’d become.

If the title of this movie is COVID 19 ATTACKS THE WORLD, the subtitle is:

ZOOM TAKES OVER THE PLANET

This unwanted movie has turned our normal sanctuaries into work-spaces and our lives into strange screenplays. It has forced us to act with things like social distancing, surgical gloves, hand sanitizer, and N95 masks, all while we wait for the director to scream “CUT! THAT’S A WRAP!”

But the end of this movie is not coming anytime soon, and so, we all have been forced to become very good in front of the camera as the movie rolls along.

And this camera? It's called ZOOM*.

Or GoToMeeting, or Skype, or Webex, or...you get the point.

But here’s the thing – how do we get good at this, or know if we are doing things correctly? Is talking to someone, or a group of someones, the same online as it is in person? Are there things to look for, listen to? Ways to dress, sit, speak?

As one of the chapters in my book - The 7 Secrets to Selling More by Selling Less - covers the intricacies of paying attention to body language while PHYSICALLY in front of a prospect or customer, I thought it equally important to discuss here, the same concepts, only in relation to the constant video conversations we all are now having.

In other words, how can I watch body language on a computer screen, or a smart phone? Remember, when speaking with someone virtually, chances are very good that all you will be seeing is their face, and possibly their shoulders. The rest is below the computer screen, like a duck's feet beneath the water.

1.      PURSED LIPS – When you are speaking to someone, be very cognizant of the lips of the person in front of you, especially when you say something that could rankle a feather, or something that you may think is benign, but then is followed by a lip purse (tightening of the lips). As soon as you see this, you know that something is not right. As soon as you see someone purse their lips, stop and ask if everything is okay, or if they have thoughts on what they just heard or saw. An ignored lip purse could be a huge factor in closing a sale, or getting buy-in, or convincing a group of an upcoming change. Don’t ignore it.

2.      THE SMILE – The universal signal of happiness, or one would think. In actuality, one needs to be very careful when reading a smile, as smiles can be manipulated. There are REAL smiles, and there are FAKE smiles. Generally, a real smile forces the corners of the mouth upward, toward the eyes. However, a fake smile forces those same corners back, toward the ears. A fake smile also does not have a connection with the rest of the face, it is almost independent. A real smile involves the whole face, like a party.

3.      THE EYES – squinting and or narrowing of the eyes is also a universal and quite instinctual sign of anger or frustration, not only in humans, but in the animal kingdom as well. Ever see an angry dog with wide eyes? Doesn’t happen. Same with us…we narrow our eyes when we are getting angry, or really questioning what we are hearing or seeing. Watch for it and if you start to see it, change what you are saying or doing immediately. Clearly not a good sign if this is a sales situation.

4.      TOUCHING OF THE NOSE – It is almost universally accepted in the world of science and body language that when someone touches their nose, something negative has just happened (you just gave them your price?) Why does this happen? It happens because it is a pacifying behavior, as blood capillaries in your nose contract upon hearing negative or anxious news, and you subconsciously go to scratch it. The prospect is nervous, and you need to fix it. Also, if the person is speaking to you and touching their nose at the same time, they could be fabricating something or not telling the truth, and their nose is itching due to that subconscious anxiety as well.

5.      EYEBROWS – Two things here regarding the eyebrows, and both are positive. First, if someone raises their eyebrows while you are speaking to them, it is usually the top half of a real smile, and is a great sign. They like what they are hearing or seeing. Second, if someone actually touches their eyebrows, it is also widely accepted that this is a positive behavior having to do with what the person is hearing or seeing. Raising and touching of the eyebrows means you are in very good shape in your conversation or presentation.

BONUS – I was going to stop at five, but I realized that the HEAD TILT cannot be ignored in this context. Since we are dealing with mostly the head and face in this new Zoom world, recognizing a head tilt can be critical information. In a nutshell, a head tilting to one side normally goes with relaxed eyes, a real smile, and indicates a show of interest and contentment. Many times, this will be accompanied by a chin scratch, which is a sign of interest as well. If this is happening, you not only have their attention, but they are very interested in what you are saying or showing them, and what you are saying is making them feel good.

Contrarily, if they begin to look down, they are almost certainly on their phone (never a good sign). If they begin to look to the side, something is obviously distracting them from you, but more importantly, you are not doing enough to keep their attention.

Remember, non-verbal communication is never absolute, and it takes practice to understand what is happening in front of you. And now, with potentially 80% of the body hidden and out of sight, it is more difficult than ever to read a prospect or customer’s body language. But that doesn’t mean we should ignore it completely and just plow through what we are saying.

You can put yourself in very good position as a sales rep or manager by learning to read these simple facial and head non-verbal signals, and maneuver what you are saying, and presenting, accordingly. If you can get good at “zooming,” you will be head and shoulders (pun intended) above everyone else.

:: Allan Langer is the owner of The 7 Secrets Center for Sales and Marketing Excellence, and his book is an Amazon best seller and a Bronze Medal award winner in the Top Sales/Sandler Training national sales competition ::

*Zoom does not reveal its user numbers, but some experts estimate that it has engulfed over 70% of the video conferencing market since the pandemic began earlier this year. It also has been the number-one downloaded app in the Apple Store and on Google Play since February (with over 40 million), and its stock has more than tripled since January ($50 to over $150). 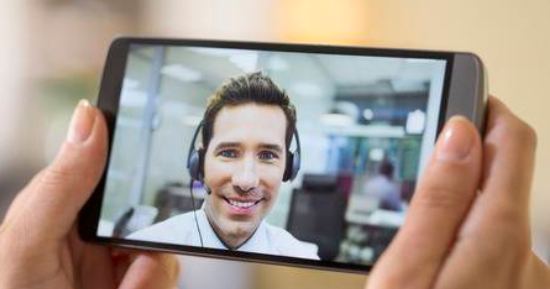 Allan Langer
COME OVER TO THE HUMAN SIDE OF SALES TRAINING
If you're looking for the same old sales talks or seminars, then don't hire me. DO hire me if you want a refreshing, dynamic, engaging experience that your audience will be talking about well after they leave your event.