Will Racism Ever End?

Will Racism Ever End?

“Darkness cannot drive out darkness; only light can do that.” – Martin Luther King Jr

I was riding my bicycle late one summer afternoon in North Carolina. I was about three miles from my house noticing it was starting to get dark. I noticed two young black males riding towards me on their bikes. As I started to ride past them, one of the males grabbed my bicycle handlebars. Having to stop my bicycle, I was immediately startled as one of the males asked me for money. I told him I did not have any money and immediately the male punched me in the chest knocking me off my bike onto the ground. They continued on riding as I sat up hurting from the punch. Being only 10 years old at the time, that was my first real experience with black folks. You see, life for us back those days was primarily one of segregation. The only black person in my elementary school was the custodian, Our neighborhood was lower middle class and we had one black neighborhood about 5 miles away (which seemed very far back then). I rarely saw any black people at that time in my life. Back to my dilemma. I was pretty upset to say the least after my encounter. The mind can be amazingly simple at times like this. The facts my amazingly simple mind assessed were: A: I had been assaulted (mean term for a kid back then because there were always fights). B: The suspects were two black males. C: Since these black youths had knocked me on the ground, black folks were mean and did not like white people. My perceptions had been formed and forever locked into my subconscious mind.

After that first experience, I started questioning myself. Could black folks ever be kind to me, just a white kid with red hair? Could I ever be friends with black kids since all the kids I played with were lily white? Civil unrest did not help the situation during the civil rights movement. Don't get me wrong, there was great change that occurred from the leadership of Martin Luther King Jr but much pain came with it. Things always seem to get worse before they get better. That's life.

My teen years I spent most of my time playing basketball. You see in North Carolina, all boys played basketball, black or white. It was just the way it was. The YMCA where I played basketball was at least 99 percent white kids, I did not encounter many black kids until I entered junior high school. Finally, integration had begun. Black folks mostly hung out with black folks and whites hung out with whites. Never would you ever see interracial dating like is so common today. I was fortunate enough to be able to go to basketball camp at Campbell college. During that one week, I became friends with an African American fellow. We hit it off great. One day we were walking along the campus between workouts and he told me some of the black boys were angry. They were angry because he was hanging out with a white boy. That really hurt my feelings but this was just the way it was back then. Once again, my subconscious mind stored this information.

After high school I entered the Air Force. Even though there actually was mixed races and nationalities in the military, I always felt a feeling of voluntary separation. Commonality is the reason for this. Sometimes it is out of one's comfort zone to experience anything new. One occasion I still remember was when I was stationed in the Philippines.  I was in the environmental office and talking to a coworker who happened to be black. We were both from North Carolina and we had different nationalities all getting along in a huge two room office. Never did I feel racism in that office. I was talking to "Keith" one day about basketball, I think. He made a comment that I never will forget. He said people (from our home state N.C) still think we hate each other. Of course, we had both grown up in the south during the civil rights movement. How true that statement was. At least for us living on the other side of the planet.

Once again, that is based on perception. The mind cannot create new designs, it builds on what already exist. Implicit bias is all part of our make-up. It does not mean we are racial. It means we are human. Unless one is blind, the eyes are the beginning of perception. What happens next is what is called the perception gap. We make 35,000 decisions every day and most of these decisions are subconscious decisions. The perception gap is where information is gathered from our massive data banks and must be filled. Do we fill it with bias, belief systems or past bad experiences? Or do we fill it with objective criteria based on facts or good experiences? After leaving the Air Force, I decided to apply for the police department in the late 90s. This decision shocked my friends and family but it is something I always wanted to do. I was no longer a kid on a bicycle being confronted with the unknown. My perception would be different but reality would always be consistent. We just never can see it. This was the 1990s. Lots had changed, and I mean a lot. I had traveled the world in the Air Force, racism was not a term I heard a lot of anymore. My perception at least was different but stored data would always be stored data. What we learn from history is what we don't learn from history. Racism would once again be a major topic in America and not just America. This time it would involve the entire world.

As I write this article, you are thinking, no wonder he is writing about racism, look at the times. I am afraid you are mistaken (its not because the times we live in). My decision to write on racism occurred in the middle of the night. I run at night time here in south Texas. I run at all hours, even after midnight training for ultra-marathons. On those long, lonely nights I talk to God, rehearse my presentations and allow my mind to wonder. This is when I get my best ideas and long before George Floyd and 2020, the idea to write an article about racism popped into my head late one night.

My life as a cop was stressful. More so than I could ever imagine. I have been fortunate to never having to pull the trigger of my service weapon. I have been to many officer involved shootings however and they have made a big impact on me. I can honestly say though, I have never been to a shooting nor knew of one on our department where I thought the shooting was based on race. Being a mentalist now for many years, I feel I can read people pretty well. I have black friends, and my wife is Mexican American. My paternal grandmother came to America from Sweden at age nine and did not speak English. My two daughters are half white and my mother and father-in-law do not speak English either. I cannot say I have never had a racial thought. I would be lying if I did. I think when people are met with racism, most people will meet that racism with racism. At least initially. Perception is as unique as DNA. We cannot completely erase our memory banks.

We are all going through a tough time in America right now. We have the Derek Chauvin trial going on, defund the police movements and the media constantly stirring things up. This is all on top of a pandemic and civil unrest in 2020. Anytime an entire race is singled out, its racism. All white people are not racists, all black people are not racists. All cops are not singling out black people. This is really getting old. Why can't we get passed all this and move on as a nation?

Will racism ever end? I think the best way to put this is when Morgan Freeman was interviewed by Don Lemon of CNN. "How do we stop racism Morgan?, Don Lemon asked. "Stop talking about it" Morgan Freeman answered. Here-here. 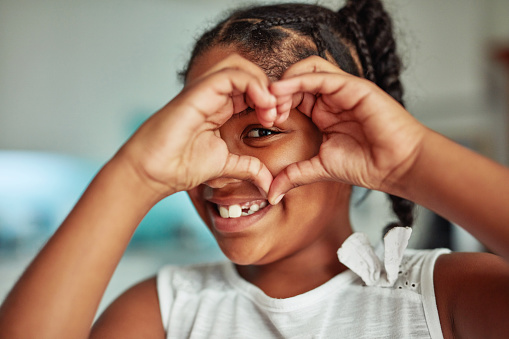 Giani Cano
Giani provides programs that include magic and mentalism!
Decision-making amongst all the chaos. How? Giani provides a Las Vegas value, audience-interactive, content-driven presentation you will never forget. A FULL-TIME national speaker, author, professional performer, and cancer survivor. Where magic and content collide with an unforgettable finish! Much more than a stand-up talk, it's a life-changing experience where the audience is 100 percent involved. Unlimited options and packages are available. A combined 90 reviews on GigSalad, GigMasters, and Google. Value-oriented. This is a new world now; things have changed. Sure, you can book a conventional speaker. Or, you can book an unconventional speaker who has adapted and presents a one-of-a-kind program that will be talked about months, if not years, after your conference ends. Next stops: Indianapolis, North Texas, Chicago, Seattle, Colorado Springs. Kalahari and Lake Chelan Resorts. Quick connect: 210-219-5596